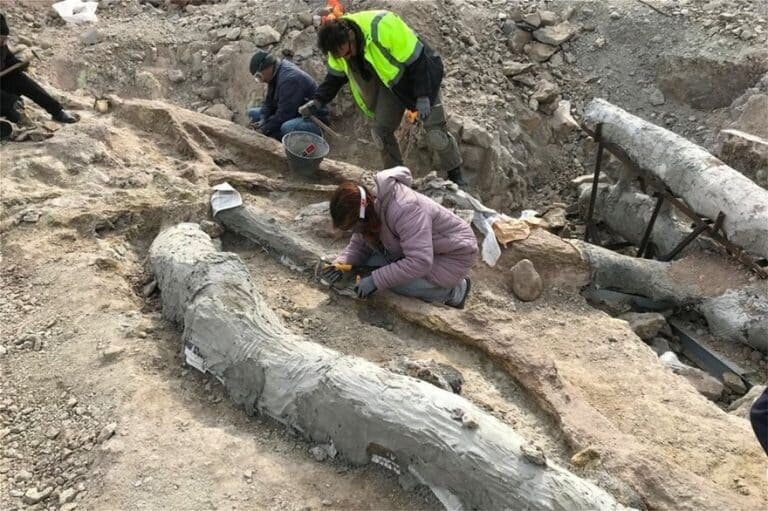 A large fossil tree that was kept intact with its branches and roots was found in the last few days, during rescue excavations carried out on the island of Lesvos.

Discovered along the Kalloni-Sigri road, it is considered an extremely rare find, as it is the first time since 1995 when excavations began in the area of Western Lesvos by the Museum of Natural History of the Petrified Forest of Lesvos, where a fossilised tree with its branches is located.

“The fossilised trunk is kept almost intact within a fine-grained horizon of volcanic ash. The fine-grained volcanic materials covered and kept intact the trunk, the branches and the roots of the tree “, the director of the Museum of Fossil Forest of Sigri, Lesvos, and the person in charge of the excavation, Professor Nikos Zouros told the Athenian-Macedonian News Agency.

“The tree is in its original position of growth and it seems that the force of the volcanic eruption laid it on the ground where it was found. There it was covered by a thick layer of volcanic ash and then fossilised.”