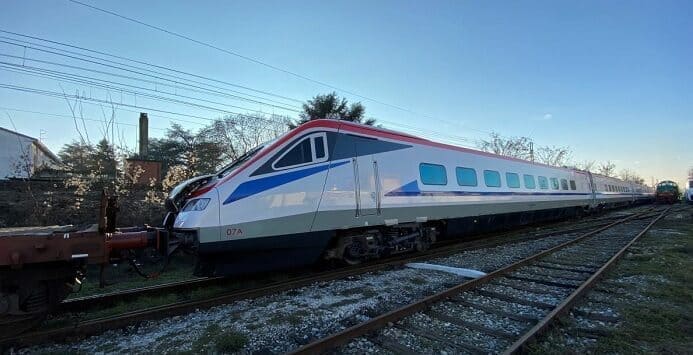 Greece received its first high-speed train earlier in the week which will soon make traveling across the country much faster.

The first trip, operated by Greek railway company TrainOSE, will follow the route from Athens to the country’s second-largest city, Thessaloniki.

Its inaugural journey will take place on March 25, which coincides with the bicentennial of the beginning of Greece’s War of Independence from the Ottoman Empire in 1821.

Greece is to receive four more trains by September, which will also be upgraded by Alstom, a French multinational rolling stock manufacturer operating worldwide in rail transport markets.

This is part of a project implemented by TrainOSE in which Alstom is to provide depot modernization and corrective maintenance for the five trains that will constitute the country’s first fleet of high-speed trains.

The two contracts – signed in March 2020 for depot modernization, and in June 2020 for maintenance – are worth a total of approximately €40 million.

The scope of the contracts includes the modernization of a depot in Thessaloniki and corrective maintenance services for five Alstom ETR470 Pendolino high-speed trains.

“Introducing high-speed trains to Greece is a major achievement for Alstom, and for our client, in the country’s railway transport modernization efforts. This project complements Alstom’s long-standing presence in Greece,” said Stavros Vlachos, Alstom‘s Managing Director for Greece.