The two monumental archaic statues were discovered during the archaeological excavations of 1893-4 close to the Treasury of the Athenians. The two yougnmen, probably originally standing one next to the other, are naked, in the kouros type, and look very much alike. Their left foot is stepping forward, whereas their hands are bent at the elbows, touching the thighs and with tightly closed fists. The body and the anatomic details are rendered in a dynamic style. The hair form spiral curls over the forefront and hang in wavy tresses on the shoulders and the back. The large, almond-shaped eyes are crowned by high eyebrows, whereas the face bears an archaic smile. They wore sandals, of which the high soles are discerned. The figures step on different stepping stones but were standing on the same pedestal. According to the inscription partially preserved on the stepping stone of one of the statues they were made by the Argive sculptor Polymedes and constituted an ex voto of the Argives to Apollo. The date suggested is ca. 580 B.C. They are considered a typical specimen of the archaic sculpture of the Peloponnese.

Formerly, the statues were identified with Kleovis and Viton, sons of a priestess of Hera originating from Argos. According to an ancient tradition, recorded by Herodotus, the two brothers took the place of oxen and dragged their mother’s chariot to the sanctuary of Hera, taking their mother there on time fo the celebration of the Heraea. In return, she asked the goddess to reward them with the best thing a man would ever desire; Hera bestowed on them a calm death in their sleep.

A more recent interpretation, however, based on a careful reading of the inscription FΑΝΑΚΩΝ, i.e. “the Kings”, led to their identification with the Dioscuroi, sons of Zeus and Leda and siblings of Helen of Troy. Castor and Pollux were honoured as “Anakes” in Argos.

No matter what their actual identity is, however, their features are typical of an argive workshop. The torso and arms are rather short, whereas the breast is lifted up and the thorax is marked by an incision. The head is almost cubical and the broad face is flanked by curls reminging of the daedalic statues. The whole composition is “heavier” and sturdier than in the works of the attic and ionic workshops. 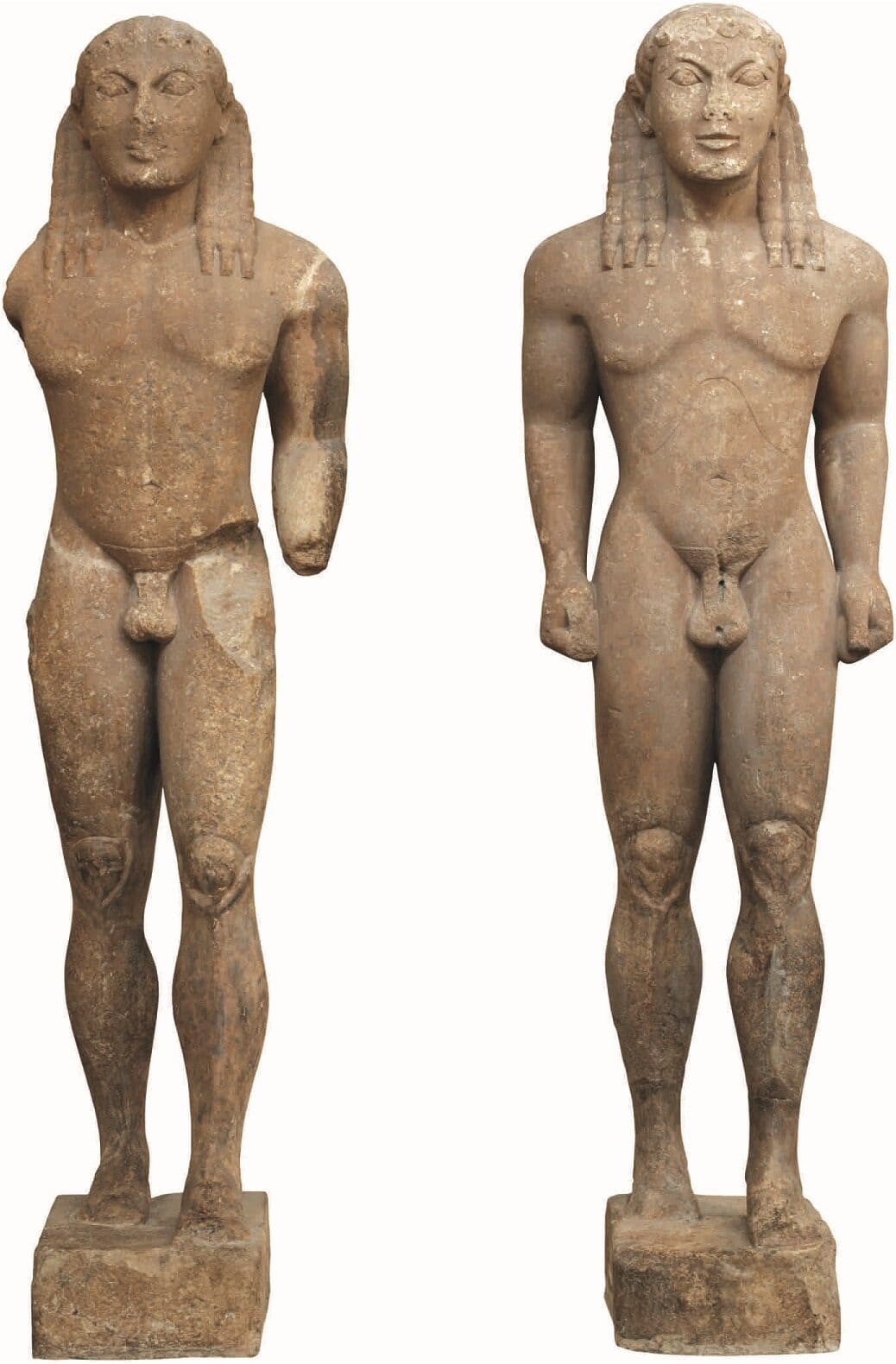