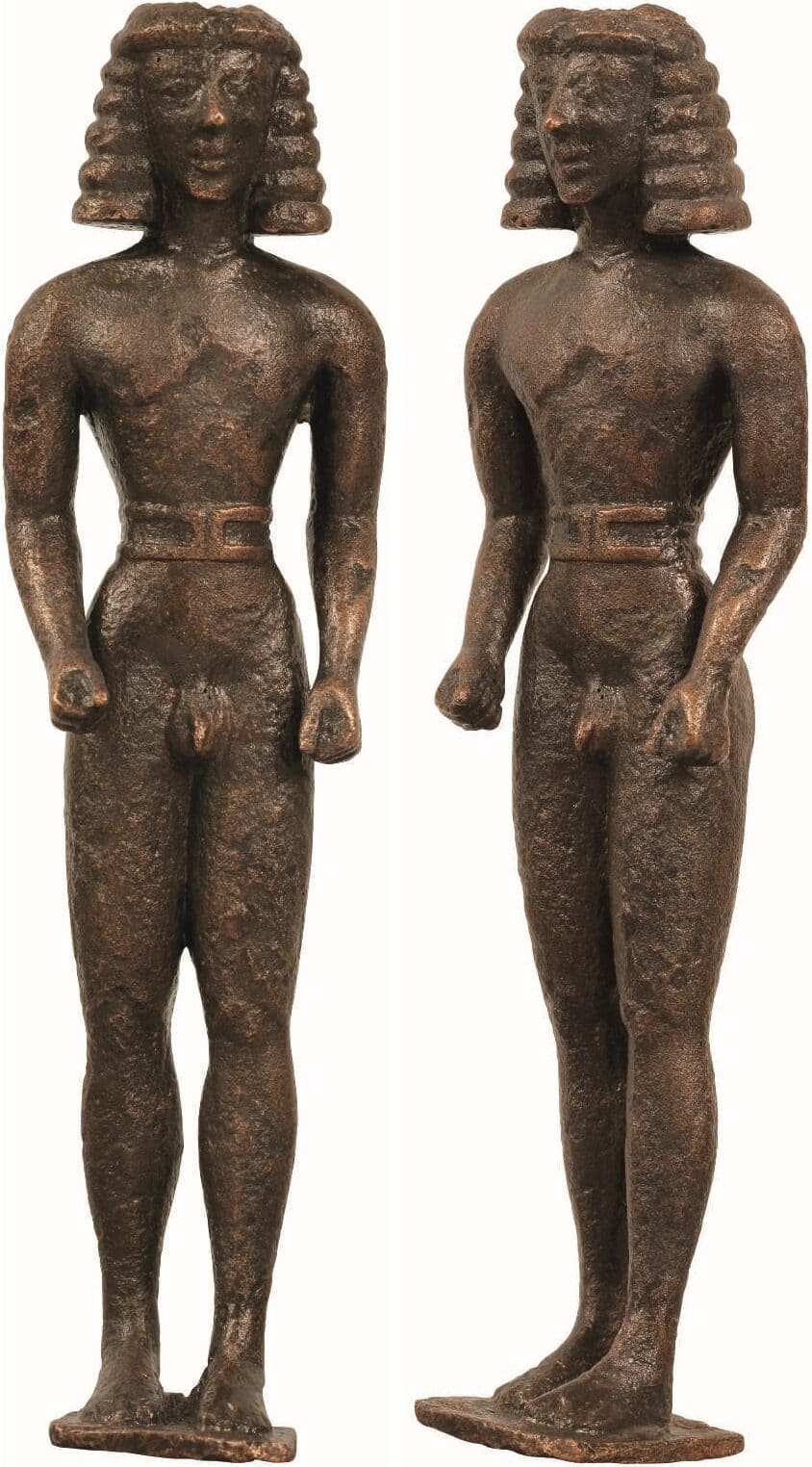 One of the most important exhibits of the Archaeological Museum of Delphi is the daedalic figurine of Apollo. Daedalic art dates to the early archaic period and was named after Daedalus, a mythical figure, inventor and mechanic, who is reportedly the first one to have made statues in natural height, moving in a natural way. The term “daedala” was used also to denote the wooden talismans in antiquity. Daedalic art was developed initially in Crete in the 7th century B.C. and then particularly in the Doric cities and areas. Its main feature was that it followed Geometric precepts, although the forms are rendered in a more plastic way. The figures are frontal, hands stuck on the thighs, whereas the hairdo is formed in horizontal zones reminding of a wig (layered wig).

The naked male figure of the Museum of Delphi has a slightly protruding left leg and his hands with the fists tightly closed are touching the thighs. The waist is thin and surrounded by a metallic belt, whereas the chest is robust and clearly traced. The back is almost flat, apart from the indentation along the spinal cord, which becomes deeper at the lower part. The face is triangular with intense lips, small pointing nose, eyes placed far from the eyebrows and from one another. The hair is combed in the typical style of “layered wig”, in five layers plus one covering the head-top.

The figurine constitutes a precursor of the kouroi made of stone, like those displayed in the museum and identified with Kleovis and Viton or with the Dioskouroi.

Daedalic art in general became particularly widespread in the second half of the 7th century B.C. and then receded once the archaic sculpture and its local “schools” developed. Among the renowned exponents of the same style are the “Lady of Auxerre”, now in the Louvre with provenance probably from Eleutherna, as well as the statue of Nikandre from the National Archaeological Museum of Athens (which is much larger) as well as several figurines from Delos, Eleutherna and Gortyna.