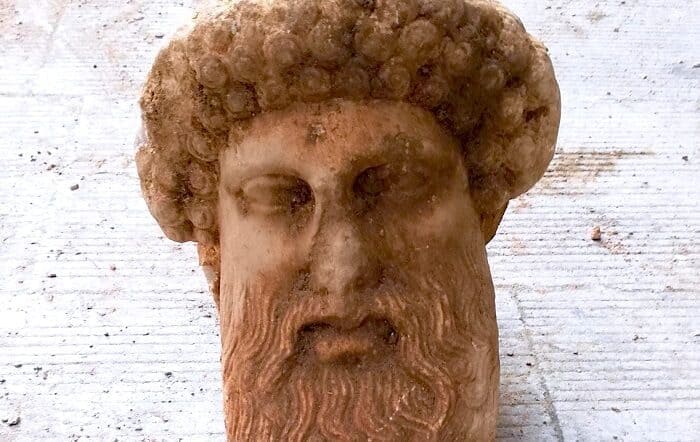 Despite the many and varied challenges of the past year as the nation and the world struggled with the pandemic and all its ramifications, 2020 was another banner year for Greece in the realm of archaeology.

Home to some of the most spectacular finds on earth, the country offered up yet more treasures from its brilliant past in digs from the bottom of a well in Athens to artifacts found under the pumice at Akrotiri on the Greek island of Santorini.

While all the nation’s archaeological sites were forced to shut down during the two lockdown periods — and suffered tremendous losses of revenue due to global travel restrictions even when they were open — the ancient Greek city of Mycenae experienced yet another shock when a wildfire tore through the site.

However, the damage there was thankfully slight, and important archaeological work was still being carried out at many other sites around the country, with major new discoveries coming to light.

Another significant milestone of 2020 was the new lighting scheme for the Athens Acropolis, with energy-saving LED lighting and new spotlights showing the Parthenon’s many features to great effect. A new lift and paved walkways also greatly improved access to the iconic site.

Another historical site of enormous importance to Greece is the shipwreck off the tiny Northern Sporades island of Peristera, offering such a hoard of underwater treasures that it is often called the “Parthenon of Shipwrecks” for its stellar importance to the understanding of Greece’s past. This underwater site was opened to scuba divers for the first time ever in the summer of 2020, with those who prefer to stay on land able to visit a nearby museum on the nearby island of Alonnisos, which exhibits artifacts and dioramas of the site.

There were many major discoveries made during 2020 which changed the way archaeologists viewed certain sites and imparted a great deal of information on the way Greeks lived in ancient times. Foremost among these were the following…